I have a special corner in my heart for music videos. And it's a big one!

Music videos are one of the few film making formats where you can go all out artsy and crazy while still staying commercial. Now, I personally feel music is a way vaster and versatile art form compared to film making and once you combine both, possibilities are endless!

So here is a list of some of my favourite music videos of modern times. The order is more or less random.

I absolutely adore all of Lamar's music videos. He is known as the new generation of hip-hop and his music videos completely reflect the experimental style of rap and music production he uses. "Alright" is something that stood out to me as a filmmaker. What's not to like about black and white mixed with Kendrick Lamar flying around?

This single shot music video blew me away for it's technique. Single shot which has definitely not been done on a Milo or it's likes with the character gradually and partially losing her body parts. I was trying to figure out how the f they did this for a good hour before I gave up and decided to do some research. Link for the making is below.

After I moved on from the technique they used, I wanted to know more about the concept. This one visualises Trypophobia in the most haunting yet beautiful way one could. It will haunt you, move you and then leave you in awe to see what having a phobia is like.

Watch this for the beautiful choreography, dance and direction.

And here is the making of -

And here is the making of -

I really like Lorde. I think she's extremely cool. Her videos have been talked about since "Royals" came out. But this one stayed with me more than Royals did. It's amazing how much you can do with just lighting, a single static shot AND LORDE FUCKING STARING INTO YOUR SOUL!

(Am I doing too many single shot videos?)

My first boss (Mr. Sanjay Gadhvi) taught me a very cool thing. He said, "The best ideas are the ones that you see/hear and go "WHY THE F DID I NOT THINK OF THIS!""

When this came out, it made me question my skills and imagination as a director because this treatment is really some thing a director with basic post-production knowledge & facilities can easily do. I am not saying it is simple to do, but it is not the TRANSFORMERS of VFX. As someone who owns a post-production studio, trust me, it is not as difficult to do but it takes a great mind of imagination behind it to come up with something like this.

Watch this for it's beautiful, surreal visuals and the amazing concept.

6. Skrillex - First Of The Year (Equinox)

Dark, strong and scary. This video tells the story of a pedophile lurking around a little girl in the coolest way possible. Great direction, even greater editing. I was an 18 year old boy in film school when this came out and the number of people who tried (and failed) this edit style after this came out was through the roof. Editing dubstep is no joke and this one is so well done.

Another single shot music video (last one I promise).

Well its not really an actual single shot but the director surely makes it feel like one. A very simplistic approach to a very simplistic music arrangement. But just like you can't stop listening to the music, you can't stop watching the video once you've started it. The hot women skate-dancing(?) down a road so effortlessly is definitely a big reason too but really it's the concept and the treatment one has to acknowledge.

If Wes Anderson made a music video in India with two Indian dudes, this is what it will be like. The music is good, the music video is better. Kudos to Misha Ghose for this one. So beautifully done.

I LOVE DIE ANTWOORD FOR EVERYTHING THEY DO! These guys make the coolest music videos, vlogs, short films, and any other short format content there is. From their look to their music to pretty much everything they do screams "FUCK YOU" to the mainstream music and musicians. They got Lady Gaga to act in this one as she is probably the only one who could possibly understand what these guys are all about.

Check out this music crazy music video which is funny and scary at the same time. If you like dark music videos, you've got to check out some of their other stuff like "I fink you freaky" which is also one of my favourites.

Now I've got a lot more in my list but I really wanted to get this on here because of its minimalist approach. Just two people kissing. That's it.

The amount of information passed in the split second before you kiss someone is what this director has so brilliantly shown with basic emotions, lighting, acting and editing. Even though it's just two people kissing, you really can't stop watching because you expect something more to happen but it doesn't and you're still like "that's cool!".

This video and music inspired a really cool commercial for Lacoste. I love this ad so much it gives me chills every time I watch it.

I hope the music industry in India grows so we can be a part of the huge ass industry that the world has but we've only got in the form of movies. Nothing against Bollywood but it sucks to be confined to a single genre of music videos when there is so much to explore.

I did a small music video a couple of years ago for this really cool EDM producer, Shivv. We had a limited budget so we made do with whatever we had but I hope and pray more musicians think of their art form for the global platform and not just Bollywood so we can make more amazing, thought provoking, meaningful and ground breaking stuff!

Here's the music video I made long ago.

AND THAT'S REALLY IT! 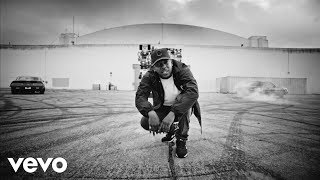